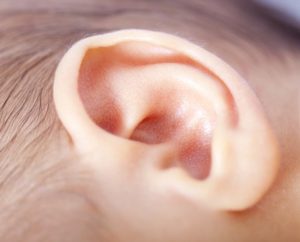 Distal arthrogryposis type 6 (DA6) is distinguished by the additional feature of sensorineural deafness.

Distal arthrogryposis type 6 (DA6) is distinguished by the additional feature of sensorineural deafness. The syndrome has been originally described as a arthrogryposis-like hand anomaly with sensorineural deafness. Both features of the syndrome can vary widely in severity. Some patients may have only the hand anomaly. Male-to-male transmission was observed. The disorder is thought to be very rare.

No gene has been associated to DA6 yet. In the reported cases male-to-male transmission was observed.