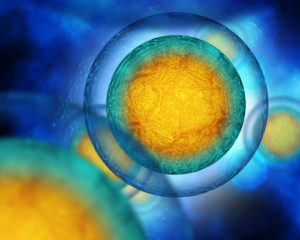 Wolman disease is very rare, with a stimated incidence of less than one in 100,000 live births.

Cholesteryl Ester Storage Disease (CESD) is at the milder end of disease variability, it is later-onset and presents with primary hepatic involvement by foam cells (macrophages engorged with cholesteryl esters). The disorder is slowly progressive and show a wide clinical variability, ranging from early onset involvement with severe cirrhosis to later onset manifestations with more slowly progressive hepatic disease and survival into adulthood. Although CESD is relatively benign in contrast to Wolman disease, death may occur as consequence of acute hepatic failure. Accumulation of neutral fats and cholesterol esters in the arteries predispose affected persons to atherosclerosis and cardiovascular events such as infarction and stroke. Hypercholesterolemia is common. Massive hepatomegaly and hepatic fibrosis may lead to esophageal varices. Patients with CESD may be at risk of developing pulmonary hypertension. Although CESD is rare, it is likely that many patients are unrecognized or misdiagnosed, and thus the possibility of CESD should be considered in patients with hepatosplenomegaly and dyslipidemia.

The diagnosis of CESD and Wolman disease is suspected on a clinical and biochemical basis (hepatomegaly, elevated transaminases, and a typical serum lipid profile: high total serum concentrations of cholesterol, low-density lipoprotein, and triglycerides; and low serum concentration of high-density lipoprotein) and must be confirmed either biochemically (by enzyme dosage analysis) or genetically by molecular testing (sequencing and deletion/duplication testing of the LIPA gene). Skin biopsy may show cytoplasmic accumulations.

Several type of mutations have been so far described in the LIPA gene (nonsense mutations, small frame shifting insertions and deletions, splice mutations, missense mutations, intragenic deletions). The difference between Wolman-related and CESD-related mutations is seemingly in that the first ones completely abolish the protein synthesis leading to undetectable LIPA activity, whereas the latter allow some sort of residual enzimatic activity. The most common CESD mutation is c.894G>A in exon 8: this variant impacts the splicing process leaving though at least 3%-5% of transcripts correctly spliced.