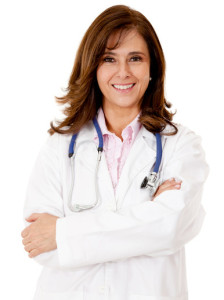 Inactivating mutations in the LHCGR gene cause luteinizing hormone resistance in females (and Leydig cell hypoplasia in males). Luteinizing hormone resistance cause infertility as consequence of partial ovarian failure (defective folliculogenesis, anovulation, absence of a luteal phase, delayed or incomplete feminization at puberty with amenorrhea). The transmission is autosomal recessive.

Premature ovarian failure (POF) can be defined as secondary amenorrhea with elevated gonadotropins occurring before age 40 and is an insidious cause of female infertility. Despite enormous efforts to understand the genetic pathogenesis, we know almost nothing but Turner syndrome (45,X karyotype) and Fragile X syndrome. However, the era of genome-wide association studies opened a new window into the understanding of the complex, polygenic nature of ovarian failure by identifying several candidate regions. So, besides FMR1, we now know that mutations in the following genes can cause premature ovarian failure: DIAPH2, POF1B, FOXL2, BMP15, NOBOX, FIGLA, NR5A1, STAG3, HFM1, and MCM8. Ovarian failure is also a feature in many girls affected with galactosemia, which is due to GALT gene mutations (and in fact pregnancy is rare in these girls because of the high frequency of hypergonadotropic hypogonadism with ovarian atrophy). It shall not be forgotten that from cigarette smoke to Addison disease, myasthenia gravis, drugs, infections and radiation, several non genetic causes of POF may also occur.

21-hydroxylase deficiency (21-OHD) is the most common cause of congenital adrenal hyperplasia (CAH) and is caused by mutations in the CYP21A2 gene. The analysis of the CYP21A2 gene is particularly difficult because of similarities and possible rearrangements with its pseudogene (CYP21A1P), and should be performed only in expert laboratories. In females with the non-classic form of 21-hydroxylase deficiency, in whom genitalia are normal at birth, postnatal clinical signs may include hirsutism, frontal baldness, delayed menarche, menstrual irregularities, and infertility.

Hypogonadotropic hypogonadism 23 with or without anosmia is a rare form which is caused by mutations in the LHB gene. The disorders can be seen in either males or females. Female patients exhibit normal pubertal development and menarche, followed by oligomenorrhea and anovulatory secondary amenorrhea with consequent infertility.

Meiosis is one of the defining events in gametogenesis. Male and female germ cells both undergo one round of meiotic cell division during their development in order to reduce the ploidy of the gametes, and thereby maintain the ploidy of the species after fertilisation. Dominant-negative effect TUBB8 mutations have been identified to be responsible for oocyte meiosis I arrest. TUBB8 expression is unique to oocytes. The mutations cause catastrophic spindle-assembly defects and maturation arrest on expression.

Among other genetic causes of both female and male infertility there are small supernumerary marker chromosomes. Small supernumerary marker chromosomes (sSMC) are structurally abnormal chromosomes that cannot be unambiguously identified by sequencing or banding cytogenetics. The implication of sSMC in infertility could be due to a partial trisomy of some genes but also to mechanical effects perturbing meiosis. To identify sSMC it is necessary to proceed to chromosomal analysis by high definition karyotyping and/or FISH.