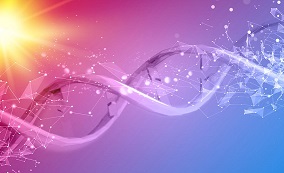 Adams-Oliver syndrome (AOS) is a rare genetic condition, which may affect both males and females. The main features are aplasia cutis (an abnormality of skin development, which leads to missing skin on the scalp) and  malformations of the limbs (terminal transverse limb defects). In few cases, the skull under the skin is also underdeveloped. This disorder is believed to occur due to interrupted blood flow in certain blood vessels during the fetal development stage. Deficient hair growth and scarring is seen individuals with this condition. Cutis marmorata can also be found in some cases. Limbs defects are consistent with abnormalities of the arms, hands, fingers and/or legs and feet. Fingers may be hypoplastic and even fused together. In severe cases, fingers, feet and/or hands may be absent, resembling an amputation. Most cases of Adams-Oliver syndrome are autosomal dominant, but also autosomal recessive inheritance is reported.

Adams-Oliver syndrome is a rare condition with an estimated incidence of approximately 1 in 225,000 individuals.

The following disorders may show partial clinical overlap with Adams-Oliver syndrome and should be considered in the differential diagnosis.

There are also other congenital disorders (e.g. Johanson-Blizzard syndrome, trisomy 13 syndrome, and amniotic bands syndrome) that may be characterized by skull and scalp defects and other abnormalities of the hands and feet. These disorders usually have other physical features which helps differentiating them from Adams-Oliver syndrome.

Considering the genetic heterogeneity of Adams-Oliver syndrome and its differential diagnosis with other genetic disorders, it is highly recommended to proceed to a multigene panel, possibly based on whole exome or whole genome sequencing.