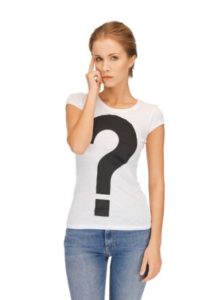 Mitochondrial DNA is of almost exclusively maternal origin, even if a very little amount, clinically irrelevant and without any implication for genetic counseling, is also given by the father.

4. Which is the minimal mutation load needed for the clinical manifestation of a mitochondrial inheritance disease?

5. Is it possible to search for mitochondrial DNA mutations in the prenatal stage?

Certainly yes, but the geneticist will have to be particularly cautious in predicting the clinical phenotype of the unborn child in case of heteroplasmy. Indeed, with the exception of NARP and Leigh syndrome, the mutational load of the chorionic villi cells or of the amniotic fluid does not always reflect the actual mutational load of the fetus. Furthermore, the critical threshold of the mutational load cannot be precisely determined and depends on the disorder. Even in the case of Leigh syndrome or NARP syndrome it is advisable to venture into the prediction of some phenotype only for very marked mutational load values ​​(ie very low or very high). NB: it should be remembered that any analysis of the mutational load must be performed on chorionic villi cells or on NON-cultured amniocytes, since cell culture could alter the percentages of mutated and non-mutated mitochondrial DNA.

6. How many mtDNA molecules are there in each mitochondrion and in each cell?

The number is unknown. We talk about polyplasmy.

7. Can an affected male transmit the disease to the offspring?

No, a male with a disorder with mitochondrial inheritance will never transmit the disease to the offspring because the paternal contribution to the mitochondrial DNA of the unborn child is completely negligible.

8. Are the children of an affected female always affected?

It is not certain: if the mother is in a condition of heteroplasmy, the onset of the disease in the offspring depends on the mutational load, that is, on the proportion of mutated mitochondrial chromosomes that the mother transmits to the fetus. The unborn child may therefore be affected or a healthy carrier.

9. How do you determine the mutational load in an affected individual?

Mutational load is not determined in routine diagnostics, which is usually limited to simple sequencing on DNA extracted from leukocytes. The level of heteroplasmy usually does not affect the outcome of simple sequencing (giving false negatives) since generally the mutational load is sufficiently high to make the signal of the mutation prevail over the signal of the non-mutated chromosomes. In some specialized laboratories it is however possible to determine the mutational load with special methods such as PEA (primer extension assay) or qPCR.

10. Is there a treatment for mitochondrial inherited diseases?

As for many genetic disorders, treatment is currently symptomatic (ie aimed at treating symptoms, where possible). No gene therapy solution has been identified so far.