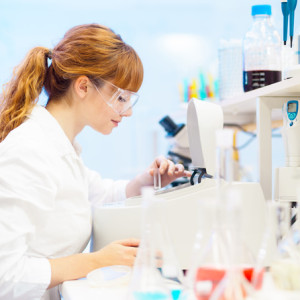 Genetic and not genetic

Not inherited and not transmissible genetic defects

There are also intermediate cases, characterized by genetic defects which, due to their particular origin, it is not completely appropriate to classify as hereditary. Classic example: de novo chromosomal disorders. Malformation syndromes of chromosomal origin are due to de novo chromosomal aberrations, ie not present in the parent and due to pre or post-zygotic chromosomal rearrangement events. Unless the chromosomal defect is present in a certain amount of sperm or egg cells of one parent (germinal mosaicism, which is impossible to exclude with certainty), it is improper to define these syndromes as hereditary. Furthermore, since in many cases these syndromes prevent the affected individual from reproducing, the disease is not transmissible.

All the disorders caused by de novo genetic mutations (both chromosomal or genic) would deserve a deepen discussion. Overall, the term “de novo” is used to label a mutation that, identified in the affected person, is absent in both parents. This can have essentially two causes: (1) the genetic defect is post-zygotic, that is the mutation arise during the first cell divisions after fecundation, and as such it will be present only in some cells of the affected person. In this case we talk about “somatic mutation”. (2) The genetic defect is pre-zygotic, being present in one of the parents but only in some cells of the gonads. In this case we talk about parental gonadal mosaicism.

A parent with gonadal mosaicism will be completely asymptomatic (or only mildly affected if the mutation, as well as in some of the gonadal cells, is also present in some cells of the body) and will have an empirical risk of retransmitting the mutation in subsequent conception which is estimated around 5%. However, not all pre-zygotic defects are present in mosaic: in many cases the mutation is thought to arise in a single sperm or egg cell. Conceptually, the difference between the de novo vera mutation and the mutation derived from parental gonadal mosaicism is therefore evident. However, since it is not currently possible to perform a test to verify parental gonadal mosaicism, the two conditions are considered equally from a practical point of view and, in genetic counseling, an empirical reproductive risk of about 5% is always attributed.