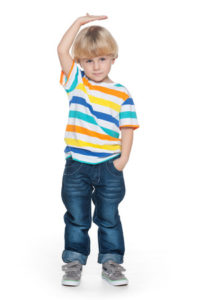 Panel testing recommended at Breda Genetics for this conditions:

Complete or partial somatic overgrowth in infancy, childhood or adolescence (sometimes referred to also as macrosomia) is a genetically determined condition, often accompanied by other clinical signs (overgrowth syndromes). Mutations in a bunch of genes have been so far identifed, although genetic heterogeneity is certainly wide and some genes are yet to be identified. Overgrowth syndromes are most commonly inherited in an autosomal dominant fashion, although autosomal recessive inheritance is also reported. The most famous overgrowth syndromes are Sotos syndrome and Beckwith-Weidemann syndrome, but many other can be included in this chapter of Medical Genetics.

While considerable overlap in presentation sometimes exists, advances in molecular genetics are of help in determining the specific diagnosis. Somatic growth is dependent on an increase in both cell size and number. Overgrowth is defined by extreme physical size and stature including tall stature or generalized/localized overgrowth of tissues and/or inceased head circumference (macrocephaly). Tall stature is caused by epiphyseal growth plates remaining open. Since some acquired and genetic endocrinological (hormonal) disorders may also increase the rate of growth and body size (e.g. pituitary gigantism, which is caused by excess of growth hormone), overgrowth syndrome are by definition non-hormonal. A degree of mental retardation may also be present, as well as some associated dysmorphisms, although intelligence may be normal.

Sotos syndrome (less commonly known also as cerebral gigantism), shows prenatal onset in utero and is characterized in vast majority of patients (90%) by the triad of 1. excessive growth resulting in tall stature and macrocephaly, 2. distinctive craniofacial features, and 3. developmental delay.

Postnatal growth becomes unequivocally evident from around 6 years of life, with height always above the 97th percentile. However, the final adult height is usually within the upper normal range due to accompanied bone age advancement. High and broad forehead, sparse fronto-temporal hair, malar flushing, down-slanted palpebral fissures and a pointed chin are the most common facial traits. Macrocephaly is present as head circumference above the 97th percentile. Most patients show mild to moderate intellectual retardation, although QI is reportedly varying from 30 to more than 100.

Beckwith-Wiedemann syndrome is actually the most common genetic overgrowth syndrome. It is less commonly known as exomphalos-macroglossia-gigantism syndrome (EMG syndrome). The clinical presentation is highly variable, since some patients lack the hallmark features of exomphalos, macroglossia, and gigantism, and because of this there are no absolute criteria for a clinical diagnosis to date. Like Sotos syndrome, overgrowth starts prenatally during the latter half of pregnancy, being accompanied by polyhydramnios. Also in this case, adult heights are generally in the normal range. Abnormal growth may also manifest as hemihypertrophy and/or macroglossia (increased size of the tongue). Hyperinsulinemic hypoglycemia is reported in 30 to 50% of newborns.

Abdominal wall defects (omphalocele, umbilical hernia, and diastasis recti), cleft palate and visceromegaly of the liver, spleen, pancreas, kidneys, or adrenals can be often diagnosed. Fetal adrenocortical cytomegaly is pathognomonic. Kidney anomalies may include malformations, medullary dysplasia, nephrocalcinosis, and nephrolithiasis. Like in Sotos syndrome, there is an increased risk for malignancies. These are mostly of the embryonal type, such as Wilms tumor and hepatoblastoma, and are a clinical priority, since tumor surveillance and early diagnosis may reduce treatment-related morbidities.

Intelligence is usually normal, although mild to moderate mental retardation can be seen, being neonotal hypoglicemia and airway problems predisposing factors.

CLOVE syndrome, somatic. CLOVE is acronym for Congenital Lipomatous Overgrowth, Vascular malformations, and Epidermal nevi. Progressive, complex, and mixed primarily truncal vascular malformations, dysproportionate and abnormal distribution of body fat, varying degrees of scoliosis, and enlarged, but not severely distorted, bony structures without progressive overgrowth. The presence of scoliosis lead some authors to refer to this syndrome as CLOVES. Occasionally, cranial asymmetry, emimegalencephaly, dysgenesis of the corpus callosus, ptosis, horizontal nystagmus, bilateral cataracts, wide feet and hands, macrodactyly, wide sandal gap and neurological manifestations such as epilepsy have been reported. CLOVE syndrome can be caused by somatic mosaicism for postzygotic activating mutations in the PIK3CA gene. Patients with CLOVE syndrome have a low rate of malignant transformation, likely due to the limited number of cells hyperexpressing PIK3CA because of somatic mosaicism. Somatic PIK3CA mutations have also been seen in patients diagnosed with Klippel-Trenaunay-Weber syndrome, an overgrowth syndrome with features overlapping those of CLOVE syndrome.

Tenorio syndrome. Tenorio syndrome is characterized by overgrowth, macrocephaly, and intellectual disability. Some patients may have mild hydrocephaly, hypoglycemia, and inflammatory diseases resembling Sjogren syndrome. Additional inconstant signs can be seen from patient to patient, from Raynaud phenomena to keratitis, conjunctivitis, limbitis, serous otitis, and pneumonia. Tenorio syndrome is caused by heterozygous mutation in the RNF125 gene.

Panel testing recommended at Breda Genetics for this conditions: