The eponym Niemann-Pick disease (NPD) encompasses two distinct metabolic defects. The first includes NPD types A and B and is due to deficiency of the acid sphingomyelinase (ASM) enzyme. The second defect, namely NPD type C, is mainly due to accumulation of unesterified cholesterol and glycosphingolipids within the late endosome/lysosome of all cells.

Deficiency of acid sphingomyelinase is usually classified in Niemann-Pick disease types A and B. NPD type A is the neuronopathic form of the disease, characterized by a short period of normal postnatal development followed by severe neurodegeneration which results in death in early childhood. Type A patients exhibit failure to thrive in infancy, hepatosplenomegaly, and profound central nervous system involvement including profound hypotonia and neurodevelopmental delay. About 50% of patients present a characteristic cherry-red spotted macula. Seizures may occur but are not a major sign. Interstitial lung disease is often present and complicated by recurrent respiratory infections. NPD type B is the non-neuronopathic form of the disease, characterized by later onset and milder manifestations compared to NPD type A. Type B patients display a variable degree of systemic involvement, however they do not manifest overt signs of neurodegeneration. Hepatosplenomegaly may be profound and accompanied by liver dysfunction, compromised pulmonary function, hypercholesterolemia and marked decrease of HDL cholesterol. Bruising and epistaxis are frequent, body growth retardation and delayed skeletal age are common findings. Macular halo or cherry-red spots may be observed. NPD type B is compatible with survival until adulthood. Despite the traditional classification, ASM deficiency should be considered as a single entity with a clinical spectrum.

Niemann-Pick disease types A and B are caused by bi-allelic mutations in the SMPD1 gene which encodes the ASM enzyme. ASM deficiency may also be diagnosed by detection of residual ASM enzyme activity of less than 10% compared to controls in blood lymphocytes or skin fibroblasts.

Niemann-Pick disease types C is caused by bi-allelic loss-of-function mutations in the NPC1 (NPD type C1 and D) or NPC2 (NPD type C2) genes. Both are involved in the egress of cholesterol from late endosomes or lysosomes. The loss-of-function mutations that cause NPD type C result in the accumulation within the late endosome/lysosome of unesterified cholesterol in visceral tissues, and glycosphingolipids in neurons. Main features of the neuropathology include neuronal storage, neuronal loss, ectopic dendrites, neuroaxonal dystrophy, and Alzheimer-like changes. See also figure 1 for a scheme about the molecualr genetics of Niemann-Pick disease. 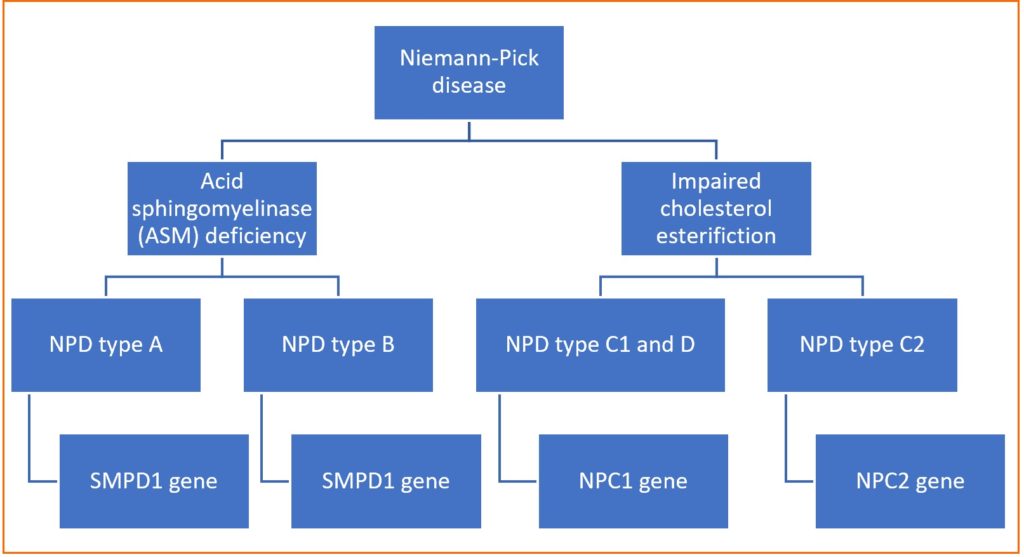 Figure 1. Schematic representation of the Molecular Genetics of Niemann-Pick disease.

– alpha-1 antitrypsin deficiency, due to mutations in the SERPINA1 gene;

– tyrosinemia, due to deficiency of the enzyme fumarylacetoacetase (FAH gene);

A multigene panel based on next-generation sequencing that includes the three genes known to cause Niemann-Pick disease is undoubtedly the faster and more convenient solution. The panel can be based on Mendeliome, clinical exome or full exome sequencing. If a single variant in one of the panel genes is identified, although large deletion/duplications in the NPD genes have been rarely reported, CNV detection can be requested either based on algorithmic NGS data analysis or by MLPA. If the analysis of the panel genes is negative, one may proceed with add-on panels for the differential diagnosis, or upgrade to the analysis and interpretation of the full data acquired.