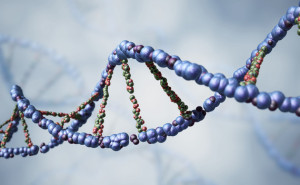 By whole-exome and whole-genome sequencing evidence has been found that MMP21 gene mutations may cause an autosomal recessively inherited form of heterotaxy. Heterotaxy (or heterotaxia) is an abnormal positioning of the thoracic and/or abdominal organs reversing left/right with respect to normal. The incidence is approximately 1/15,000. Mutations in several other genes and all kinds of inheritance (autosomal dominant, recessive, X-linked) have been so far reported. Matrix metalloproteinases, such as MMP21, are proteolytic enzymes that degrade the extracellular matrix proteins. The MMP21 gene contains 7 exons and spans about 10 kb. Thus far, no other genetic disorder has been associated to MMP21 mutations.

The new panel at Breda Genetics