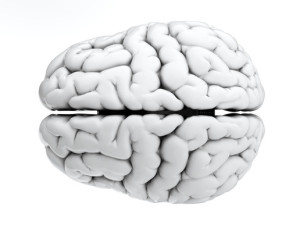 Lissencephaly, which means ‘smooth brain’, is a rare disorder that affects the formation of the brain between the 12th and the 24th week of gestation. It is a congenital cephalic disorder that stems from damaged or abnormal development of the nervous system in fetuses and prevents the formation of gyri (folds) and sulci (grooves) in the cerebrum. It is associated with developmental problems in children, shorting their lifespan.

The process of the development of the cerebral cortex of the fetus is split into three overlapping stages: cell proliferation, neuronal migration, and cortical organization. Lissencephaly is basically caused by abnormal neuronal migration.

Lissencephaly can be caused by viral infections during the first trimester of pregnancy or due to an insufficient supply of blood to the fetus. There are also genetic causes (see below). Genetic testing can be done to calculate the reproductive risk in the following pregnancies.

Infants born with lissencephaly are subject to significant delays in various aspects of mental and physical development. These delays further vary from individual to individual and are contingent upon the degree of damage to the brain structure. Generalized signs and symptoms include respiratory problems, shortened life expectancy, severe psychomotor retardation, seizures and muscle spasticity or hypotonia. Further signs may include facial dysmorphia, anomalous digits on hands and feet as well as difficulty with swallowing.

Summarizing, the following stigmata may be seen:

Mental and motor skills of children suffering from this disorder are usually slow. Their ability to perceive, process and act on information is significantly retarded. Slow emotional and physical reactions such as speech impairment or the ability to empathize are visible. The general IQ and EQ are significantly low.

Postnatal diagnosis of lissencephaly is possible utilizing a number of methods such as ultrasound, computed tomography (CT), or magnetic resonance imaging (MRI). Caution is however required while dealing with the results as misdiagnosis is possible due to the similarity of the signs displayed by polymicrogyria and lissencephaly.

Ultrasounds (US) during pregnancy may reveal the presence of cerebral abnormality in fetuses. Genetic testing may complement US if the disease-causing mutation in the previously affected child is known (see below for lissencephaly genes).

Familiarity with the normal ultrasonographic (US) and MRI appearances of the fetal cerebral cortex at different stages of gestation is required for the early successful detection of abnormal sulcal development. This means that the possibility of detecting fetal lissencephaly as soon as possible is strongly operator-dependent.

A certain degree of fetal development is required before it is possible to observe any abnormality in the fetus. Around the 20th week of gestation fetal lissencephaly may start to be visible. Diagnosis before this time is not possible as the fetal brain is typically smooth before this time period. Upon the discovery of suspicious signs of lissencephaly, chorionic villus sampling may be utilized to test for some lissencephaly variants if the familial mutation is known.

While the prognosis is often poor and options fairly limited, the diagnosis of the disorder before birth offers solutions such as parental counseling and optimization of obstetric management.

Lissencephaly 2 (LIS2), also known as lissencephaly Norman-Roberts type, is caused by mutation in the RELN gene and shows autosomal recessive inheritance. In respect to LIS1, LIS2 presents distinctive associated features such as low sloping forehead and a prominent nasal bridge.

Lissencephaly 3 (LIS3) is caused by heterozygous mutation in the TUBA1A gene. Clinics may vary from patient to patient and include profound mental retardation, spastic tetraplegia, and intractable tonic-clonic seizures.

Lissencephaly 4 (LIS4) is caused by mutations in the NDE1 gene and shows autosomal recessive inheritance. Severe brain atrophy, extreme microcephaly and profound mental retardation are typical. This particular form of lissencephaly is sometimes referred to as microlissencephaly.

Lissencephaly 6 (LIS6), also known as lissencephaly with microcephaly, is caused by mutation in the KATNB1 and is autosomal recessive. It is characterized by severe microcephaly. At brain MRI pachygyria and hypoplasia of the corpus callosum can also be seen.

Lissencephaly 7 (LIS7), also known as lissencephaly with cerebellar hypoplasia, is caused by mutation in the CDK5 gene and show autosomal recessive inheritance. Facial dysmorphism, arthrogryposis, and early-onset intractable seizures resulting in death in infancy have been observed.

Lissencephaly 8 (LIS8) is caused by mutations in the TMTC3 gene and shows an autosomal recessive inheritance. Severe developmental delay, hypotonia and seizures are present. On MRI, there may be variable findings that also involve the corpus callosum and cerebellum.

Lissencephaly 9 (LIS9), also known as lissencephaly with complex malformations of the brainstem, is caused by heterozygous mutations in the MACF1 gene and exhibits autosomal dominant inheritance. MRI typically shows pachygyria and brainstem malformations indicating a defect in neuronal migration.

Lissencephaly 10 (LIS10) is caused by heterozygous mutations in the CEP85L gene and shows autosomal dominant inheritance. This form of lissencephaly is characterized by phenotypic heterogeneity: some patients have only mild mental retardation, while others have a very complex clinical picture.

X-linked lissencephaly 1 (LISX1) occurs due to a genetic mutation in the DCX gene. Affected males generally have a more severe phenotype compared to females (the milder phenotype usually seen in females is known as subcortical band heterotopia – SBH).

X-linked lissencephaly 2 (LISX2) – also known as X-linked lissencephaly with ambiguous genitalia (XLAG) – is caused by mutation in the ARX gene. Proud syndrome is an allelic disorder with a phenotype overlapping with LISX2. Early infantile epileptic encephalopathy-1 (EIEE1) and two other forms of X-linked mental retardation (Partington syndrome and MRXARX) are also allelic disorders, but they don’t show brain malformations. Males with LISX2 are severely affected and often die within the first days or months of life, whereas females may be unaffected or have a milder phenotype. The ARX gene disorder spectrum comprises a nearly continuous series of developmental disorders which also includes hydranencephaly.

Lissencephaly is also be seen in muscular dystrophy-dystroglycanopathy type A, 1 (MDDGA1) and type A, 2 (MDDGA2), caused by mutations in the POMT1 or POMT2 gene respectively.

In case lissencephaly is diagnosed by US and/or MRI, genetic testing based on an extended panel of genes is recommended. Exome and non-exome based panels are available at Breda Genetics to test for this condition. Array-CGH or MLPA may be also considered to screen for Miller-Dieker lissencephaly syndrome.