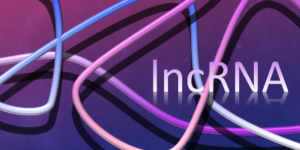 Does non-coding RNA exist? What do they need? How many types are known?

lncRNA is an acronym of long non-coding RNA. lncRNAs, as well as miRNAs, siRNA, aRNA, piwiRNA and other types of RNA, belong to the group on non-coding RNAs (ncRNA). Although their action mechanisms remain poorly understood, their pivotal role in several biological processes is taken for granted.

It was thanks to a study by Rinn et al. (2007) that the importance of lncRNAs was first understood. Rinn described a molecule, called HOX antisense intergenic RNA (HOTAIR, encoded by the gene with the same name: HOTAIR), whose function was to regulate gene expression. HOTAIR could act both in cis and in trans. Thanks to the study on HOTAIR it was understood that there could be non-coding RNAs of different types than those previously known, namely housekeeper RNAs (snRNA, tRNA, rRNA), microRNAs and RNAs involved in the regulation of imprinting processes. The HOTAIR gene has been entered in the OMIM database (611400), although no mutations in this gene have so far been associated with any human pathology. Some of the best-known genes encoding human lncRNA are DBET (whose lncRNA, long about 9.8 kb, is expressed in the muscle of patients with facioscapulohumeral dystrophy, a disease caused by a reduced number of D4Z4 repeats), HOTTIP, CDKN2BAS (formerly known as ANRIL and for which a role in families with predisposition to melanoma has been hypothesized) and TINCR.

What is the function of lncRNA?

LncRNAs, like many other types of ncRNAs, act as regulators of gene expression. This task can be carried out through the interaction with histone proteins or through the binding with complementary DNA sequences and perhaps even autonomously within the nucleus, that is, without the lncRNA binding to any specific molecular partner.