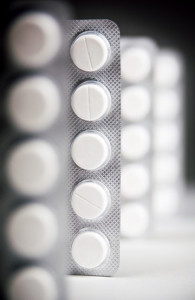 The therapeutic aims in patients with hyperammonemia are to correct the biochemical abnormalities and ensure adequate nutritional intake. Treatment involves compounds that increase the removal of nitrogen waste.

With particular regard to the genetic causes we must mention the following:

Usually these disorders are associated with ketosis and acidosis in addition to hyperammonemia. However, sometimes hyperammonemia dominates the picture, misleading the diagnosis (the patient can be initially diagnosed as affected by an urea cycle disorder):

Carbonic anhydrase VA deficiency (also known as CA-VA deficiency) is an autosomal recessively inherited conditions which have been described in just four children so far. It is caused by mutations in the CA5A gene. The disorder can be suspected in children with neonatal, infantile, or early-childhood metabolic hyperammonemic encephalopathy (similar to that described in urea cycle disorders) combined with hyperlactatemia and metabolites suggestive of multiple carboxylase deficiency. Besides hyperammonemia, biochemical findings include increase of lactate and ketones in plasma, respiratory alkalosis and metabolic acidosis, plasma elevation of glutamine and alanine and low-to-normal citrulline, and urine elevation of high 3-OH propionate, propionylglycine, methylcitrate, lactate, beta-hydroxybutyrate and acetoacetate.