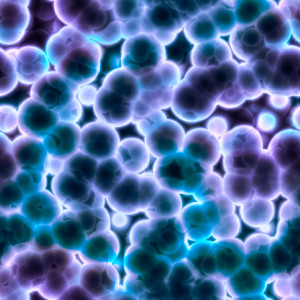 Most human apparatuses operate under conditions of functional redundancy. Many biological systems have a functional reserve to offer a better chance of survival in case of illness or accident. In fact, men have two lungs, two kidneys, two eyes (but can survive even with only one), a liver function which can be satisfactorily maintained even after the removal of 75% of the liver parenchyma, a quantity of blood greater than needed, and so on. At the genetic level, the presence of two copies of the same gene, in addition to being the basis of interindividual differences, could be somehow considered a functional reserve.

In fact, for many proteins, we can survive even when the protein production is just 50% of the normal quantity. This also explains why each of us is a healthy carrier of various autosomal recessive diseases (i.e. for a certain gene we have just one normal copy whereas the other one is pathogenically mutated). Therefore, it can be surprising that for some genes (not many, indeed) the loss of function of just one copy turns out to be pathogenic and results eventually in a clinically evident disease. This phenomenon is known under the name of haploinsufficiency: because of a pathogenic mutation in one of the two copy of a gene, the protein production suffers a 50% reduction and this turns out to be sufficient to cause a disease. Genetic diseases caused by haploinsufficiency are typically due to mutations in genes of which proteins interact in fixed quantitative proportions with other proteins (i.e. it is not important the absolute quantity of the protein, but the ratio of all the proteins involved in that metabolic process). In other cases, a certain protein can be less important for the structure and function of some tissues, whereas it is absolutely crucial for other tissues/organs (where it must be 100% normally functional). This also explains why haploinsufficiency is sometimes associated to the so-called phenomenon of variable expressivity. Some typical diseases caused by haploinsufficiency are Alagylle syndrome, tricho-rhino-phalangeal syndrome and multiple exostosis.

Totally different from haploinsufficiency is autosomal dominant inheritance caused by gain-of-function mutations. In this case, the disease is not caused by the loss of protein function, yet by a change in protein function (usually as a result of a missense mutation). Actually gain-of-function mutations can sometimes achieve an even worse effect than non-functional mutations. This happens especially in those cases where the protein contributes to the formation of dimersor multimers. This is called dominant negative effect. See for example the case of the KCNQ1 gene, in which heterozygous nonsense mutations are asymptomatic, whereas heterozygous missense mutations cause long QT syndrome (and homozygous nonsense mutations cause Jervell and Lange-Nielsen syndrome).