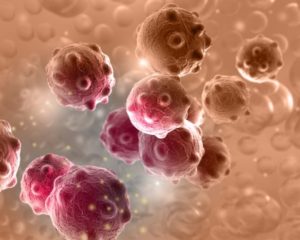 It’s not easy to identify driver mutations in a biopsy sample, although their identification is essential (1) to better understand the subverted processes of cancer biology and (2) because such mutations might be “actionable”, i.e. may be targeted in treatment. It is well known that some driver mutations make tumor cells more vulnerable or more resistant to certain drugs. So identifying driver mutations in a tumor biospy may help choosing a better drug for that particular patient. This is commonly called personalized medicine (or, sometimes, precision oncology): a science aimed at designing personalized treatments based on cancer genetic profiling.

As said, detecting driver mutations in cancer is not easy, mainly because of the high level of genetic heterogeneity of tumors. Driver mutations may be present in just few cells, so high levels of coverage depth are usually necessary when sequencing the tumor DNA. In order to identify driver mutations, sequencing should run at coverages between 500x and 1000x. In addition, it is pivotal that sequencing data are analyzed through specific bioinformatic pipelines. These pipelines must take into account the possibility of normal cells within the tumor biopsy sample. Acutally, the proportion of tumor versus normal cells in a cancer biopsy (defined as the tumor purity index) is a fundamental value and must be determined with the high possible accuracy. The tumor purity can be assessed by the use of algorithms on sequencing data, but can also be defined manually.

Breda Genetics is able to offer driver mutation identification on cancer biopsies based on high depth coverage clinical exome sequencing (EXOME 15MB) or based on target gene panels (SMART PANEL). Our somatic mutation analyses are offered with a coverage of 500x or 1000x. Upon request, lower levels of coverage are available at lower costs.