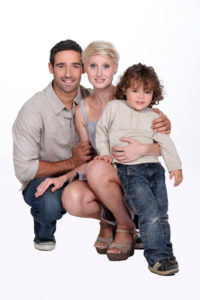 1. Are parents of a patient with autosomal recessive disorder always healthy carriers?

Almost always yes. Unlike what happens in autosomal dominant inheritance, de novo mutations are essentially absent in autosomal recessive inheritance. This means that, if one (or both) parents is declared as non-carrier on the basis of a genetic test, instead of thinking about the hypothesis of a de novo mutation, it is better to consider other hypotheses: (1) alternative fatherhood, (2) non-declared adoption (the patient is not the natural child of the couple), (3) laboratory mistake (samples exchange or technical problems), (4) collection phase mistakes (wrong sample labeling). In very rare cases, a homozygous mutation in the affected patient may descend from a single parent because of an unusual form of uniparental disomy (UPD), which occurs as a result of monosomy rescue during embryonic development.

Yes. However, in some autosomal recessive disorders, healthy carriers, although not affected by the disease, may have an increased susceptibility to some conditions associated with the disease or can manifest minimal signs of the disease in particular environmental conditions. For example, in ataxia-telangiectasia, an autosomal recessive disorder characterized by progressive cerebellar ataxia, oculomotor apraxia, recurrent infections, choreoathetosis, cutaneous telangiectasia, immunodeficiency and increased risk of malignancies, heterozygous parents have an increased risk of development of tumor, particularly breast cancer.

3.  Can the same disease manifest differently from one patient to another?

Due to the biological features of the pathogenetic process, autosomal recessive diseases have a much lower clinical variability than that typical of autosomal dominant diseases. However, it is not uncommon for an autosomal recessive disease to manifest in different subtypes (very often officially split and categorized), especially as regards the age of onset and severity (think, for example, of pathologies such as nemaline myopathy or ceroid lipofuscinosis, which can occur in congenital, infantile, juvenile or adulthood form). Sometimes the different clinical subtypes are due to the presence of certain mutations rather than others (i.e. they follow a clear genotype-phenotype correlation), in other cases it is not possible to find any recurrent association between a certain clinical picture and the underlying genetic mutations.

4. If a healthy carrier couple has already had had an affected child, will the next be healthy?

It’s absolutely impossible to say! The risk to conceive an affected child is 25% for EACH pregnancy.

6. Can chromosomal disorders be autosomal recessive?

8. Is mental retardation part of the clinical picture of autosomal recessive disorders?

It depends. There are some autosomal recessive disorders associated to mental retardation (from mild to severe), whereas other conditions are not characterized by this feature.

It depends on the etiology of the disease. The so-called metabolic disorders, that is those due to enzymatic deficiencies, are almost all autosomal recessive. The reason is simple: a loss of protein equal to only 50% is sufficient to guarantee the normal functioning of metabolic processes (this is the case of healthy carriers), while for the manifestation of the disease a protein loss of 100% is necessary (or in any case of more than 50%). This is the reason why metabolic diseases are very often autosomal recessively inherited. For some of these diseases, very efficient enzyme replacement therapies have been developed for years. Think, for example, of Fabry disease, Hunter syndrome or Gaucher disease.

10. Which is the risk of conceiving an affected child for affected individuals and their siblings?

As said, autosomal recessive disorders are inherited from two healthy carrier parents. An affected individual is necessarily an obligate carrier and, at each conception, he will transmit one mutation to the offspring. However, it is necessary that the child inherit a second mutation from the other parent to manifest the disease. That is, the other parent must be a healthy carrier of the same disease, too. Since genetic disorders are usually rare, meeting with another healthy carrier does not happen frequently. Similarly, if a sibling of an affected person is a healthy carrier, he will have to meet another healthy carrier to conceive an affected child. In summary, we can say that the risk of conceiving affected children for (1) an affected person and (2) their siblings is not high, even if it is still higher than that of the general population. When possible (that is when the familial mutation is known), and when it is not known the carrier status of the partner, it is recommended to proceed with prenatal genetic diagnosis.