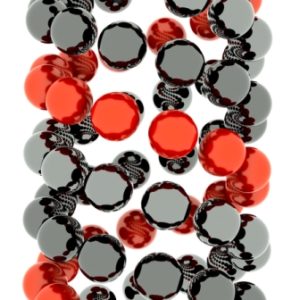 The disorder causes severe cognitive deficiency, infantile hypotonia that progresses to spastic quadriplegia with hyperreflexia, contractures, Babinski sign, and clonus, diminished muscle mass (muscle hypoplasia) associated with generalized muscle weakness typically manifesting as difficulty in supporting the head and delayed motor milestones. Involuntary movements of the arms and legs (dystonic and/or athetoid movements) with characteristic paroxysms or kinesigenic dyskinesias are also seen and limit mobility. As a result, many people with Allan-Herndon-Dudley syndrome are unable to walk independently and become wheelchair-bound by adulthood. Some patients may develop seizures. Typical facial features include: open mouth, tented upper lip, ptosis, abnormal folding of the ears, thickening of the soft tissue of the nose and ears, and upturned earlobes. Long and thin everted feet are also typical. Pectus excavatum and scoliosis are sometimes present, perhaps as a result of the hypotonia and muscle hypoplasia. A patient with profound sensorineural hearing loss has also been described (probably as a consequence of a coexisting nonsense mutation in the MITF gene. Although affected males have impaired speech and a limited ability to communicate, they seem to enjoy interaction with other people.

The syndrome is caused by mutations in the SLC16A2 gene and shows an X-linked recessive inheritance pattern. The syndrome is mostly seen in males, however, a female with typical features of Allan-Herndon-Dudley syndrome with a de novo translocation disrupting SLC16A2 and unfavorable non-random X-inactivation was reported.

Heterozygous females are usually asymptomatic, although about 25% of them have increased serum levels of free circulating T3 hormone, without neurological impairment.

Allan-Herndon-Dudley syndrome is a rare disease and in about 15 years since its discovery, more than 320 patients have been diagnosed, making this syndrome less rare than initially imagined.

Diagnosis is based on clinical findings and on the presence of disturbances in serum levels of the thyroid hormones: abnormally high free T3, but low to normal free T4 levels and TSH levels. In general, full thyroid studies on individuals with non-specific findings of severe hypotonia, failure to thrive, and gross motor delay may be recommended. The diagnosis must be confirmed by genetic testing (SLC16A2 gene analysis, see below).

Mutations in the SLC16A2 gene cause Allan-Herndon-Dudley syndrome. The SLC16A2 gene, also known as MCT8, provides instructions for making a protein that plays a critical role in the development of the nervous system. This protein transports the thyroid hormone T3 into nerve cells in the developing brain. Identified SLC16A2 mutations include truncations, in-frame deletions, nonsense and missense mutations and large exonic and multi-exonic deletion (exon 1 deletions are common). An interesting variant, c.1834delC, results in bypassing the natural stop codon, extending the MCT8 protein by 65 amino acids.

Allan-Herndon-Dudley syndrome is inherited in an X-linked recessive pattern; however, cases with de novo SLC16A2 mutations have also been reported.

Recently, a T3 analog (TRIAC) was tested in a multicentric clinical study in 46 patients. The results show a potential significant effect in reducing the side effects due to thyrotoxicosis, but the lack of an improvement in the mental status of patients, in addition to the onset in some cases of some mild side effects. A phase II international clinical trial has recently begun to verify the effect of TRIAC on the outcome of neurodevelopment in children less than 30 months old with AHDS.

The differential diagnosis of Allan-Herndon-Dudley syndrome includes the following:

For the diagnosis of Allan-Herndon-Dudley syndrome Breda Genetics recommends the following panel: